Planning included a five year re-vegetation plan which commenced in 2009 to re-establish the indigenous vegetation on the slopes above the fern gully. This was preceded by propagation of plants with the correct provenance. 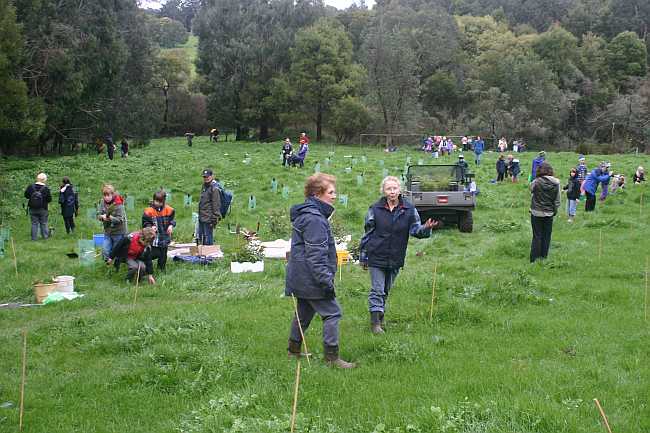 This buffer of plants, some of which are now over 10m tall, will protect the fragment of native vegetation in the gully from the invasion of pasture weeds. Initial planting on the western side consisted of over-storey plants:Blackwood (Acacia melanoxylon), Manna gum (Eucalyptus viminalis viminalis)  and Messmate (Eucalyptus obliqua).

Switch to our mobile site